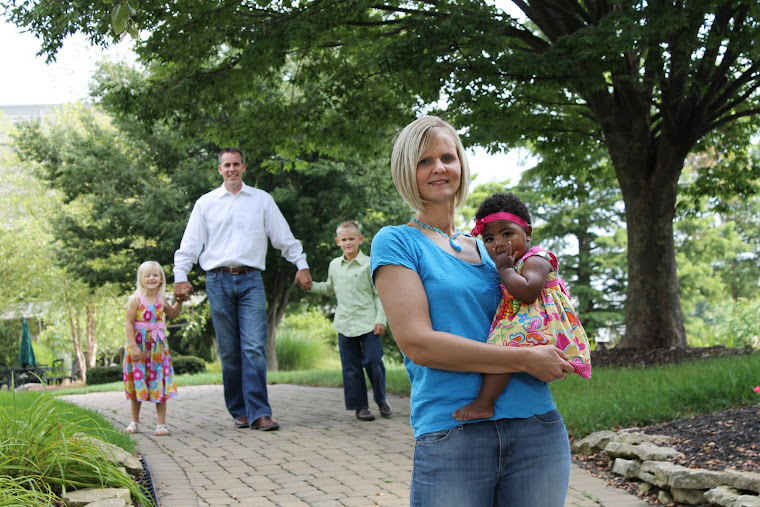 I believe the rains are going to finally stop for a while. This has been the rainiest June that I can remember. I just had to share this beautiful picture from our front porch of a rainbow that appeared after the last big rain. 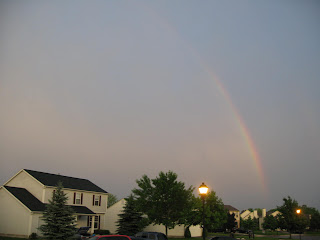 So, now that the rain is gone and the sun has come back out, how better to enjoy a nice summer day than to eat some watermelon. When I was a kid my Grandfather would drive up from Florida and he always brought a big juicy watermelon with him. He would cut it up and share it with us and all of our neighborhood friends. He has since past, but watching my children enjoy watermelon brought back some real good memories. 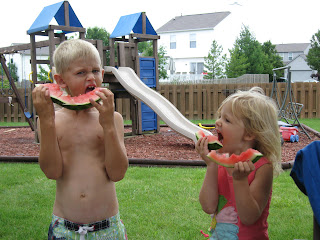 I have mentioned on an earlier post that my wife had recently taken a trip to Ethiopia. Our youth group has been raising money to build a school in a remote village in southern Ethiopia. The school will cost about $50,000 and so far they have raised 47,854. Thay are so close to achieving their goal. I am so happy for what they have been able to do as children. Education means so much to the people of these regions, most all of them have never been to school and cannot read. I decided to attach one of the videos to share what some of the villages look like because I know many of the adopted children come out of the southern Oromo region. Some of the villages were so remote that they could only be reached by horseback. The two teenagers that went on the trip were only Sophomores. Can you even imagine traveling that far at such a young age.

The youth group sold T-shirts to help raise the money. I have seen some very clever shirt designs on some other families blogs, so I thought I would share our design as well. One of our youth came up with the idea and design. 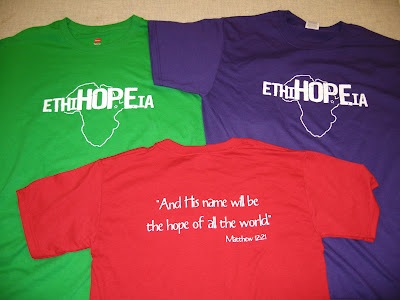 Tony
Posted by Tony and Carrie at 7:23 AM

Tony and Carrie
We are a loving and caring family of five, that is being obedient to the call of God on our lives. We have two biological children and one Ethiopian princess. Thank you for all your prayers.

We have hosted the choir two different times in the last year. The story about their need for education and how the program is funded through song. We sponsor a young boy named Gilbert who was in the 32nd Choir and is now back in school in Uganda, with the "music for life" program.

We sponsor Yober from Columbia